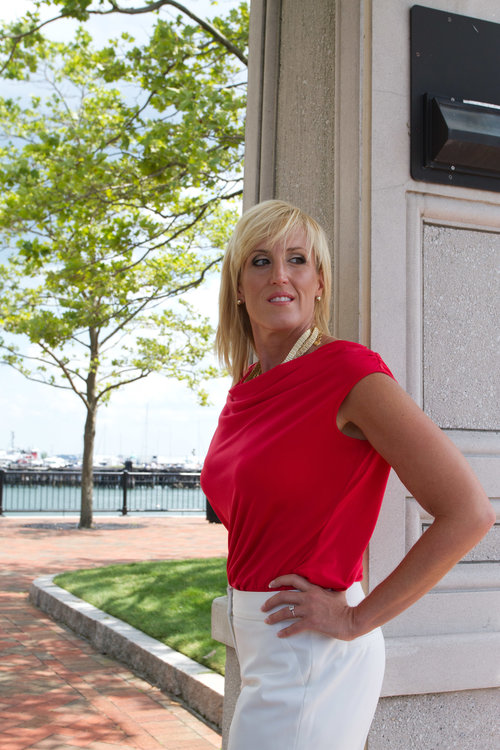 A veteran investigative journalist, she is the best-selling author of six true crime titles: Mayhem; A Professor’s Rage, A Date With Death, Heartless — The True Story of Neil Entwistle and the Brutal Murder of His Wife and Baby, When Evil Rules, and A Mob Story. She is a Boston-based investigative producer for the ABC News Ross Investigative Unit and a contributor to Newsweek, Boston and other national magazines. She lives in East Boston.

Michele McPhee was on Boylston Street within minutes of the deadly blasts that killed three on April 15, 2013. She has covered the case nonstop since. Here a look at her exclusive coverage:

Martin Richard always managed to find the perfect spot along the Boston Marathon route to cheer. The Richard family, proud Bostonians from an enclave of tight-knit lace curtain Irish in Dorchester, loved Patriots Day. They took the train “into town,” as the saying goes, to cheer on the runners from the neighborhood, got some ice cream, enjoyed the crowd. That day the sun was surprisingly strong, an unpredictable and rare warm day in a New England spring. Martin was only eight years old but was already a popular kid, always grinning. Boston Mayor Marty Walsh was from Dorchester too and liked to tease Martin, telling him, “You have a smile bigger than Fenway Park, kid.” Martin used that charming smile as he wiggled through the crush of bodies on Boylston Street until he got to the steel barricade that separated runners along the marathon route from the spectators on the sidewalk and stepped up onto a rail. Best view on the block.

A news cameraman positioned in the press pen across the street panned to the photogenic Richard family as runners hustled past. A frozen still frame of the footage captured Martin, his arms dangling off the edge of the barricade as he scanned the blurs racing by for familiar faces. His mom Denise stood to his right, laughing. Martin’s little sister, Jane, 7, climbed up to his left onto the barricade, leaning her body into their dad Bill who stood behind her. The Richard family’s oldest boy Henry, 10, was on Jane’s left, his feet planted on the sidewalk.

No one in the Richard family noticed the smirking teenager over Martin’s right shoulder. He had a white baseball cap flipped backward over a crop of curly black hair and stood near a barren tree. He was not looking at the runners but instead smiled at whatever or whoever he was looking at up the sidewalk. Minutes earlier the teen had slipped off his backpack and dropped it in the crowd behind a slight woman with red sneakers. Then came the boom roughly a half block away.

Instinctually every head turned toward the blast, felt so strongly it knocked an elderly runner to the ground just shy of the finish line roughly 270 feet away. That same news footage would show that the only one who didn’t even look once toward the chaos as the smoke billowed from the blast seat of a bomb was the teen in the white hat. Panicked spectators ran toward north on Boylston toward the Richard family, some bleeding or burned or wounded by molten glass and shrapnel that had ripped through their flesh. That is, those who could run. The street had become a war zone, a mess of body parts. It was with that blast that Jeff Bauman lost his legs. He had been standing alongside a stranger named Krystal Campbell, who was killed.

Exactly twelve seconds later, before the Richard family could gather and move, the backpack behind them exploded; the second blast more powerful than the first. It was 2:49 p.m. on Patriots Day. Boston was under attack.

Martin died instantly. Most of Jane’s left leg was gone. Their mother Denise lost an eye; their father Bill’s eardrums burst. Henry appeared to be the lucky one, covered in cuts and bruises, but he wasn’t. Jane would later put it this way to a reporter: “he was hurt in his head.”

The woman in the red sneakers had been a Boston University student from China. Her name was Lingzi Lu. She did not survive when the backpack behind her blew up.

The backpacks contained sophisticated pressure cooker bombs, set, as prosecutors now say, “to punish America for perceived wrongdoings.” The bombs inside were crammed with BBs and nails and black powder from crushed fireworks attached to a fuse constructed from improvised Christmas lights. The pressure cookers’ seals were fortified with caulking. Each was set off remotely with a detonator fashioned from toy car parts.

The bombs, federal prosecutors said, were sophisticated and “calculated to maximize harm.”  The attack certainly achieved that, but the bombers could not calculate that the bloodletting would also create the sentiment Boston Strong.

Additional coverage by Michele, related to the Boston Marathon Bombing:

Mayhem: Unanswered Questions About the Tsarnaev Brothers, the US Government, and the Boston Marathon Bombing